Spotlight on a DEC: Duval County 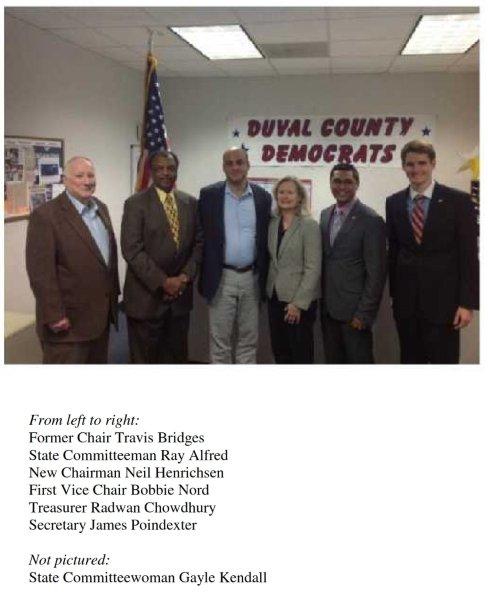 The Duval County Democratic Executive Committee knows something about electing Democrats. After many electoral disappointments in 2010 Duval helped deliver Democrats their first major victory with the election of Alvin Brown as Mayor of Jacksonville. Duval Dems built on this success in 2012 by helping to send Sen. Bill Nelson and Congresswoman Corrine Brown back to Congress, and Sen. Audrey Gibson and Reps Mia Jones and Reggie Fullwood back to the Florida Legislature. Their efforts also cut Romney’s lead in the county down to less than 4 points in this once GOP-stronghold!

Dems strategy for success has focused on targeted voter registration to build their Democratic base, strategic voter contact and turnout, building and strengthening voter contact networks on a district-by-district basis, and developing a strong issues and media presence to keep Democrats motivated and energized.

The DEC’s Communications Committee is made up of communications and media professionals who volunteer their time to put out press releases, update their website, run social media accounts, and conduct media relations. This hard work has paid off, resulting in numerous opportunities for media appearances on TV, radio, and in print media.

The Duval DEC’s most recent victory came just this week when two of their Precinct Committeemen, Dr. Parvez Ahmed and Mario DeCunto, were confirmed to Jacksonville’s Human Rights Commission.