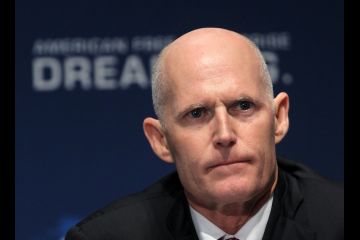 Tallahassee, FL — Today, Gov. Rick Scott announced his veto of HB 235, which would have allowed undocumented immigrants with Deferred Action Status to receive a driver’s license in Florida.

“Rick Scott continues to alienate and discriminate against thousands of undocumented immigrants. Instead of joining the legislature’s near-unanmous consensus around HB 235, Governor Scott imposed his rigid ideology on Floridians — to the detriment of the young immigrants who are Florida’s future,” said FDP communications director Joshua Karp.

“This measure would have improved the everyday lives of thousands of undocumented immigrants. With a driver’s license, undocumented young people can drive to school or their jobs without the threat of being thrown into jail or deported. The roads would have been safer, because fewer people would be driving without having proven they know the rules of the road,” added Karp.

HB 235 passed the House with 115 votes and the Senate with 36. It would have impacted over 100,000 young undocumented immigrants in Florida, according to the American Immigration Council.