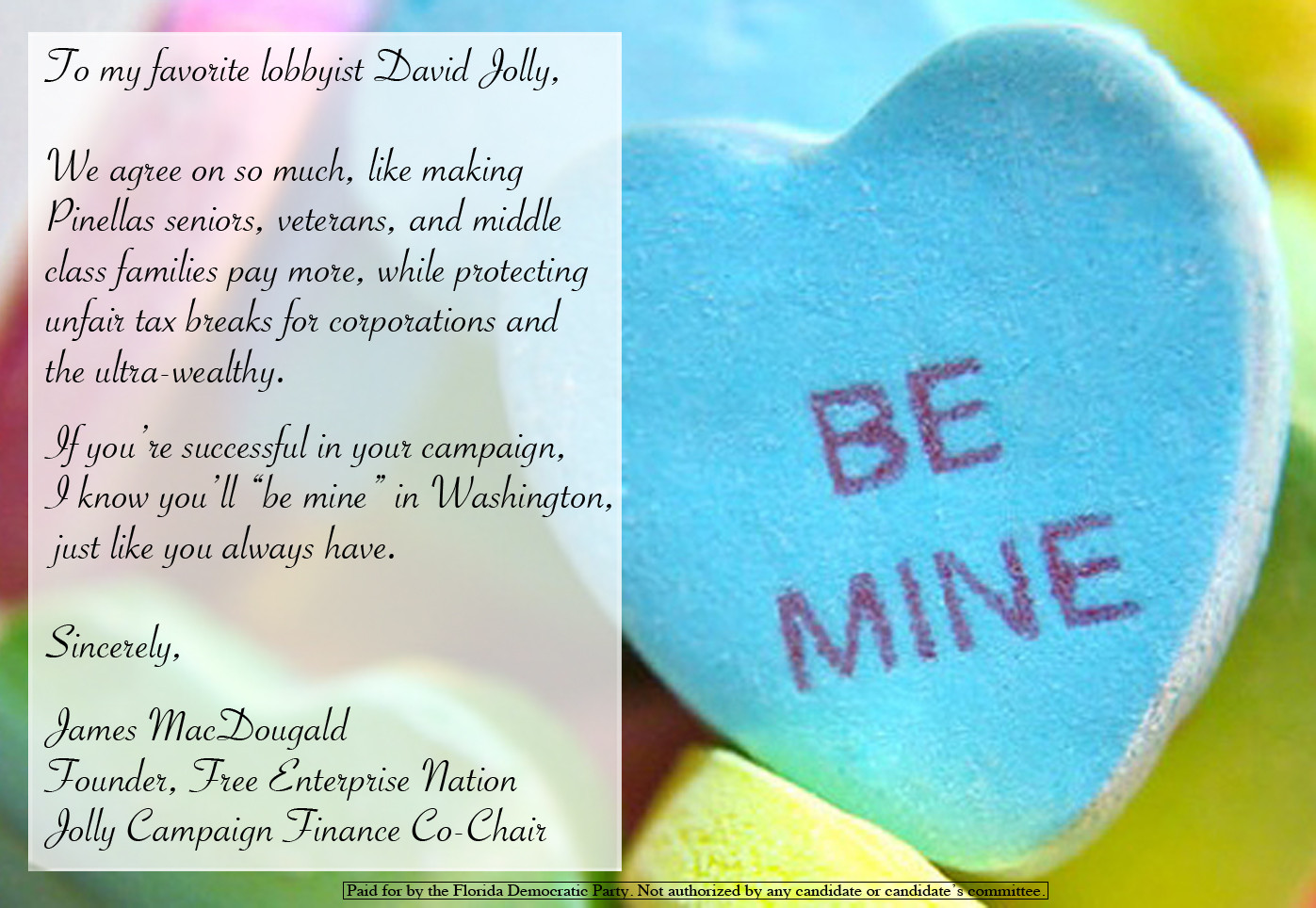 In his book “Unsustainable,” Jolly’s benefactor MacDougald outlines a radical ideology that is out of step with Pinellas residents – including calling the Social Security Trust Fund a “Ponzi scheme,” labeling the Department of Education “unconstitutional,” and even taking a page from the Mitt Romney playbook and stating that 47% of Americans who paid no income taxes are dependent on government welfare. Jolly himself has echoed many of MacDougald’s more radical beliefs, stating recently that “Social Security is not guaranteed,” and Jolly’s lobbying firms were paid $90,000 by MacDougald’s organization.